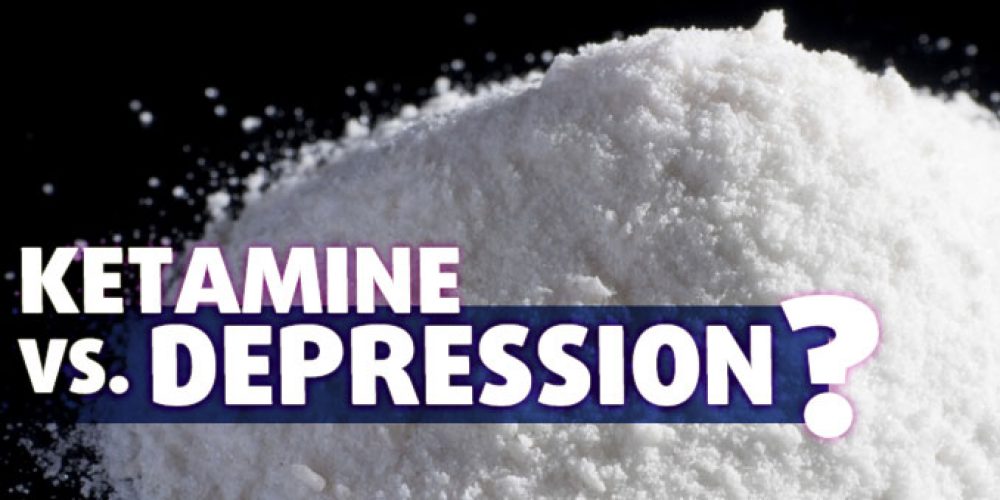 Back when I was a kid, rumor has it that I would drop $50-$100 for a couple of Special K doses to snort up my nose. Mind you, in my current state of mind, I lack the relevant information to either deny or admit such rumors. Suffice it to say that I have mutilated a few too many brain cells over the years coupled with my mental illnesses ya really do not want me telling ya about the 80’s! (LOL).

Seriously, one of the old school party drugs was Special K, we wanted to be in a dis-associative state of existence so that nothing was hurting our feelings or bruising our delicate and seemingly fragile egos. When looking for Special K one needed look no further than the dance floor so the story goes. Special K was a dance party drug because it made ya feel like ya were floating a bit – or so I have heard anyway.

Why party with Special K, you ask? Well a few of the effects of ketamine are:

After decades of kids ripping off their veterinarians to get the ketamine, the medical community began looking at ketamine for legitimate uses such as pain relief and the treatment of depression. Ketamine was originally created for use as an anesthetic, and is still used today for general anesthesia in infants, persons of poor health, and by veterinarians. Last week, the FDA approved a nasal spray made of esketamine the active component of ketamine the party drug. It seems quite logical to me too.

Although there have been dozens of antidepressants, they have come with barriers to effectiveness and a plethora of side effects that caused many to quickly become non-compliant. All of the previously available antidepressants are selective serotonin re-uptake inhibitors (SSRIs).
Selective serotonin reuptake inhibitors are a class of drugs that are typically used as antidepressants in the treatment of major depressive disorder and anxiety disorders. The exact mechanism of action of SSRIs is unknown. These drugs include: Paxil. Zoloft, Lexapro, and Prozac. Side effects of this class of meds include: insomnia, dry mouth, diarrhea, decreased libido, and erectile dysfunction.

Ketamine belongs to the same class of drugs as PCP, DXM, and nitrous oxide. This is commonly referred to as the class of drugs know as dissociative anesthetics. As an antidepressant, ketamine works in a very different manner than the SSRIs.

The experts aren’t quite sure how Ketamine works, but they do know it works differently than other commonly used antidepressants like Prozac, Zoloft, or Effexor. In general, Ketamine infused or inhaled activates certain neurotransmitter receptors and pathways which trigger rapid growth of new neurological connections. Some researchers believe that prolonged exposure to stress causes certain neurons to die off, resulting in depression, but Ketamine causes them to rapidly re-grow within hours, relieving the depressive symptoms.

There is speculation that depression results from the violation of the original blueprint of neurological brain connections due to mis-connections of certain critical synapses, and that Ketamine detaches the improper synapses allowing them to regrow and reattach according to the original non-depression blueprint. However, over many weeks or months the improper synapse connections gradually reform and so depression can reappear in some patients. This explains why these patients need to repeat Ketamine therapy every few weeks or months to restore the normal brain wiring and relieve recurrent depression.

There are other hints that Ketamine helps improve or inhibit several other mechanisms in the brain as well. Unlike other antidepressants, which work on serotonin or norepinephrine pathways, Ketamine works via the glutamate pathway. Glutamate is one of the most prominent neurotransmitters in the brain and regulates large regions of the nervous system. Overactivation of glutamate receptors may lead to long-term depression, and Ketamine works by blocking these glutamine receptors. Ketamine is also a powerful anti-inflammatory medication. Since depression has been linked to chronic inflammation, this may also be part of its antidepressant effect.

As you can see, this one-time party drug could be the miracle relief that so many sufferers of depression, such as my self who is currently hospitalized due to a bout of psychotic depression, have been praying for! For more information about this treatment, please contact your psychiatrist.